Time not important on this one. 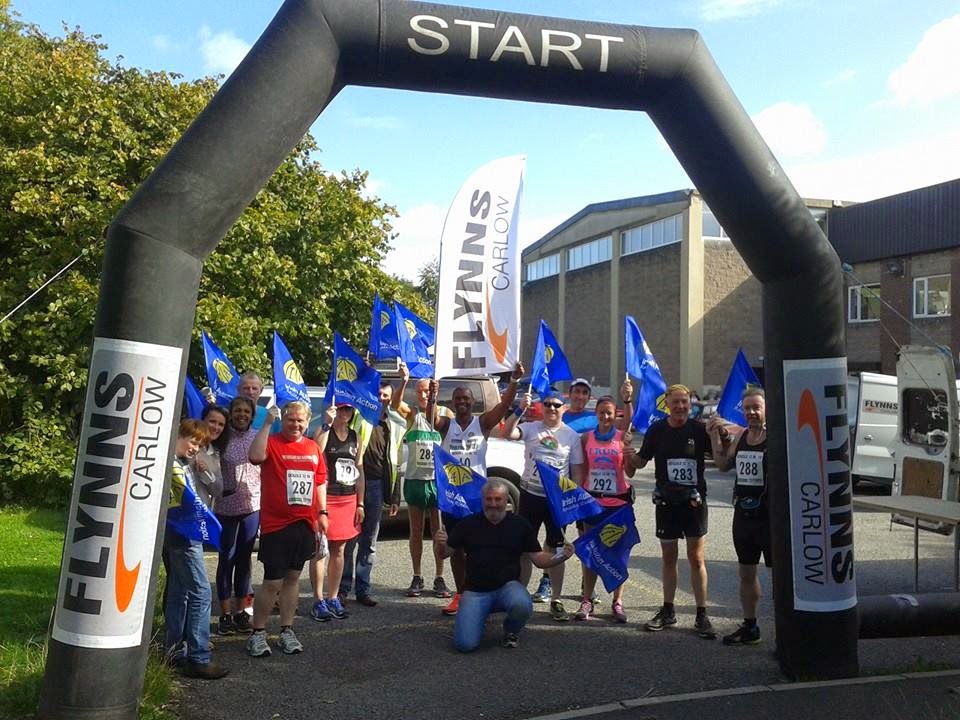 I really wanted to do this run even though it was only 5 days after Achill and I really hadn't recovered well enough (the hills in Achill beautiful as they are nearly killed me). But this was day 10 of Denzil Jacob's mission to do 12 marathons in 12 days to raise awareness of families living with Autism. All the more significant for me due to my own family situation.

I arrived expecting a run along the Grand  Canal but due to the potential of some skallywags taking the water at the turn-around point it was decided to instead run a very unusual event, that would consist of running enough laps of the Griffeen park (parkrun course) to make a trail marathon. This would be classed as an urban trail marathon and we didn't actually know how many laps it would be until after the first one was completed. It turned out 17 laps brought us around in 26.81 miles well within the bounds of  the trail marathon criteria.

Being a short loop marathon, I thought this would be a highly sociable event, but as there was only 14 of us in the race and with only one point on the course that you got close to other runners it was quite solitary. You pretty much found your position early and stayed there. So I didn't really meet too many people except for the odd person lapping me or even rarer me lapping someone else. Significantly today it was Denzil's 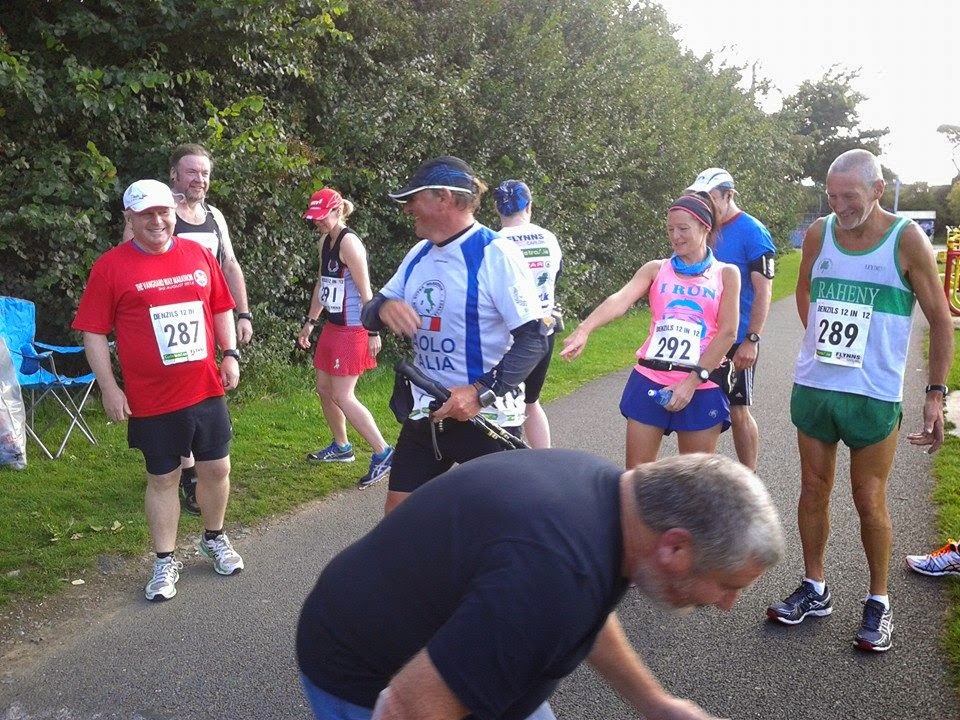 10th marathon in a row and he still managed sub 3:40 being paced by AAI's Niall Murphy which was awesome to witness. David Brady had also done all 10 to date and was currently on a 412 marathon total and this would be no 60 for this year alone. Surely on the way to a new Irish record. Even more amazingly Paolo Gino from Italy (current national record holder) was also there doing his 26th marathon in 26 days and had also done all 10 so far. James and Eugene (on his own 10 in 10 mission) started early and I didn't get to see to much of them.

I started off too fast as usual and even managed to get lost on the first lap while in second position and following the eventual winner, but was soon back on track. We passed the aid station every 2.56 km and it became great fun with the banter between runners and Aiden (the race director) and Vincent. Being there every time really helped with the loop-de-loop. Vincent despite recovering from a hernia even ran with me a little. I wish that had been captured on camera. 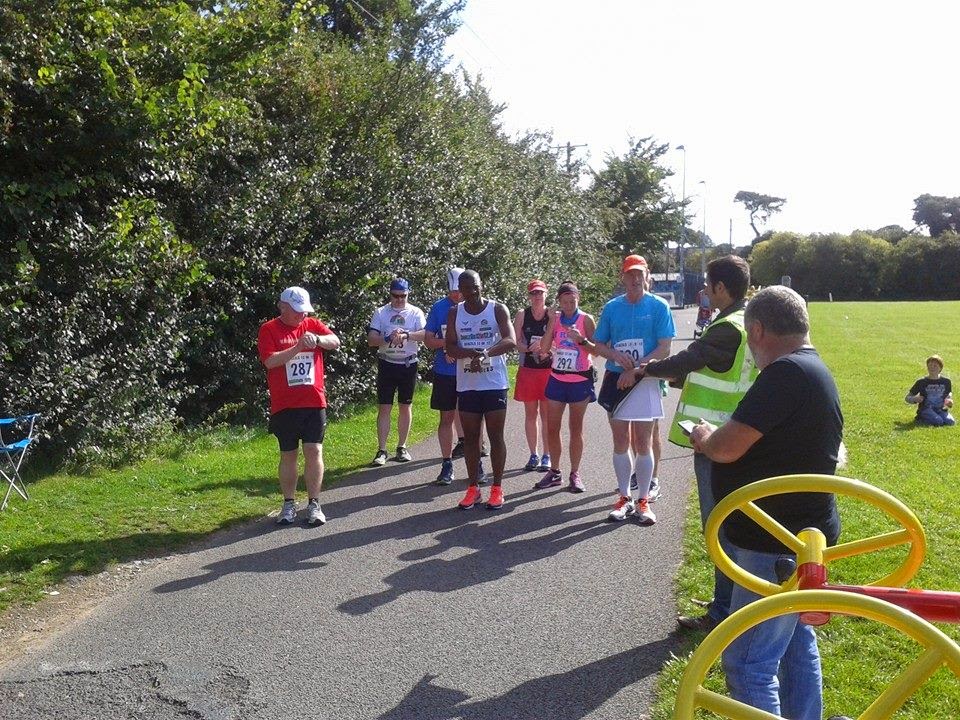 I ended up following Anthony Sheridan for most of the race and the thought of not being lapped by him kept me going to the end. However that can't be said for David  Brady who passed me at about 16 miles and went on to beat me by 10 minutes!!!! That was on his 10th marathon in 10 days!!! and he is 64!!!!. It was nice to chat to Stephen Mullin and Seamus Dornan (good luck to both in the 10 in 10) during the race and the girls Olivia and Elle both brought much needed glamour to the event and did great and I even think there was a PB there. My time of 4:44 was a bit slow (whats up with that) but it was only 5 days since Achill. Now for a couple of weeks off.

Today was awesome, particularly to watch Denzil's very focused efforts for autism and to experience the road show that he had pulled together with Niall, Shane and Vincent and of course his family. As well as the money raised there was a tremendous awareness uplift for families living autism and as such this whole effort has to be seen as a roaring success.