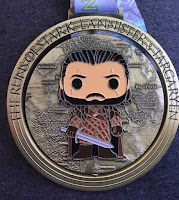 This was a Saturn  Running event that was in Runnymead just under the M25 along the banks of Thames. I had run this route before but then it was roasting today it was gloves and coat weather but still pretty good conditions.

I also liked this course as it easily could be broken down into manageable chunks.

I picked up Brenda enroute and got there early. This one is fairly convenient and we got there in no time despite taking a wrong turn just off the motorway. Parking is still steep at £6 for the day but Saturn do give a £3 refund. facilities are great with a couple of toilets at the car park and at registration.

Registration was easy and quickly we were all at the start line ready to go. I was determined to go ultra today which would be my 84th ultra. After a quick briefing we were off at 8:30 for the early start. I knew the route well and a couple of locks, the hotel a few forest sections and the motorway as well as a couple of bridges all in 1.6 miles broke up the race.

I went off steady but not too fast and ran the first couple of laps with Olga (aka Rat girl) who while based at Oxford was finishing her PHD in statistics. You never really know who you meet at these events. I stayed in and around Olga all day as she went on to finish her own 50k run.  She has done a lot this year.

Outside of that I was pretty much on my own. I came through half marathon in a slow 2:38 and did quite a bit of walking in the second half. I was never really in too much trouble today and kept plodding it out. Most people today stopped at Marathon as usual but a few did go on to do an extra lap or finish with a 50K. 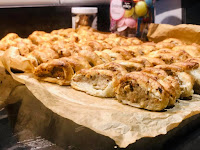 I came through marathon in 5:40 and immediately decided to go back out again. Brenda was behind me so there would not be too much waiting around.

When through lap no 9 I stopped though I did have time to go out for the 50K I declined it.

A lovely "game of thrones" medal and a goodie bag were received as well as one of the sausage rolls and we were off home.