This was a new one to me in the middle of county Meath, close to Drogheda and Duleek.

This event was produced by East Of Ireland who in recent years I have only been making a single outing annually to. The schedule for some reason just doesn't suit.

With a 5 mile, 10 Mile, 15 mile and 20 miler for those training for Dublin there was plenty of choice and there were plenty there and I knew loads. Most (43) chose the 20 mile race.

Ray Cassin (after his 100 mile Connemera success) was race director for today and was always at hand keeping an eye on the runners and there for the chat. Well done Ray.

25 finished the marathon though I suspect more started intending to finish the marathon. There was also an early start for those who would not finish under 4hrs 30. Recent form tells me that I fall firmly into  that camp.

So it was off to Bellewstown for the 8am start (about 30 minute drive from Dublin) and the first thing that I noticed was there was a horse race course there. Who knew? Well apparently everyone but me knew, and it was one of the oldest race courses in the country.

Registration was at the parish hall with Frank. There really is not much else to Bellewstown,  apart from the race course the hall and the "top of the hill" pub. A good bargain though at €25 and I do like the new medals.

At the 8am start was lots of familiar faces including Collette and Humphrey and also Gerard Fay who had an amazing run in 4hrs 40 and his fastest in quite a while.  The course was a figure of 8 with a small loop of ~1 mile and a bigger ~4 mile loop for around ~5 miles in total.  We started by doing 1 lap of the small loop follow 5 laps of the full figure of 8 (including small loop every time).

The small loop was on the inside of the race course on tarmac and was slightly undulating but otherwise pretty OK. The aid station was situated on this loop at the finish line which we passed 6 times.

I ran the first 2 small loops with Eric from Sportszone talking about his new business and how well it was doing before I peeled off at my car to drop off my jacket at the start of the bigger loop. I'm delighted for him as he is a really nice guy and deserves the success.

The fist half mile of the bigger loop was gently downhill on a busy enough road before giving way to a reasonable drag uphill for 800m. Summiting we turned left and immediately were swept steeply downhill for half a mile on very back roads. I found this section very hard on my knees and I suspect I was the slowest on the course on this bit. But I was taking no chances and dreaded it every lap.

A little bit of undulating road and we hit a long winding uphill (that to be honest I walked every lap). Half way up we turned left and summited at another left turn on the road back to Bellewstown village. A gentle long down hill (easier on the knees) gave way to the signature hill for the course which was about 600m straight up. This was walked by most all day.

Summiting we were back on the race course and it was a quick 100m to the finish line/aid station.

I spent a lot of the day on my own which was fine but did spend a lot of it tooing and froing with Elaine McNulty who's chats made the day seem quicker. Just behind me all day was Philip McAvoy with his new Hokas.

It was not a fast course but you wouldn't have thought it with Ger (sub 3) and lots of sub 4's as well as Lesley doing an amazing 20 mile time (in great shape for a 3:45 attempt at Dublin).

I suspect it suited a lot of people better than me as I struggled on the downhill sections with my knees and lost a lot of time.

The weather was very pleasant for running and I was rewarded with 5 minutes faster than Dundalk (on a hillier course) with the first half being 1 minute faster at 2:27 and the second half sub 3 for the first time in a while.

This was Road marathon no 93 and ROI marathon no 96. I'm getting closer and closer to 2 rather significant milestones. 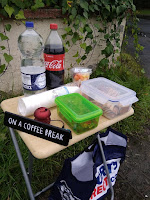 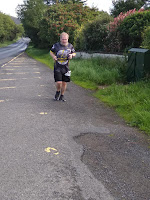 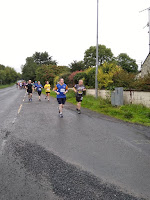 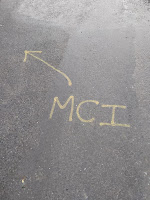 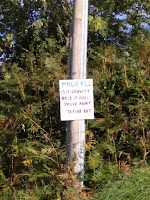