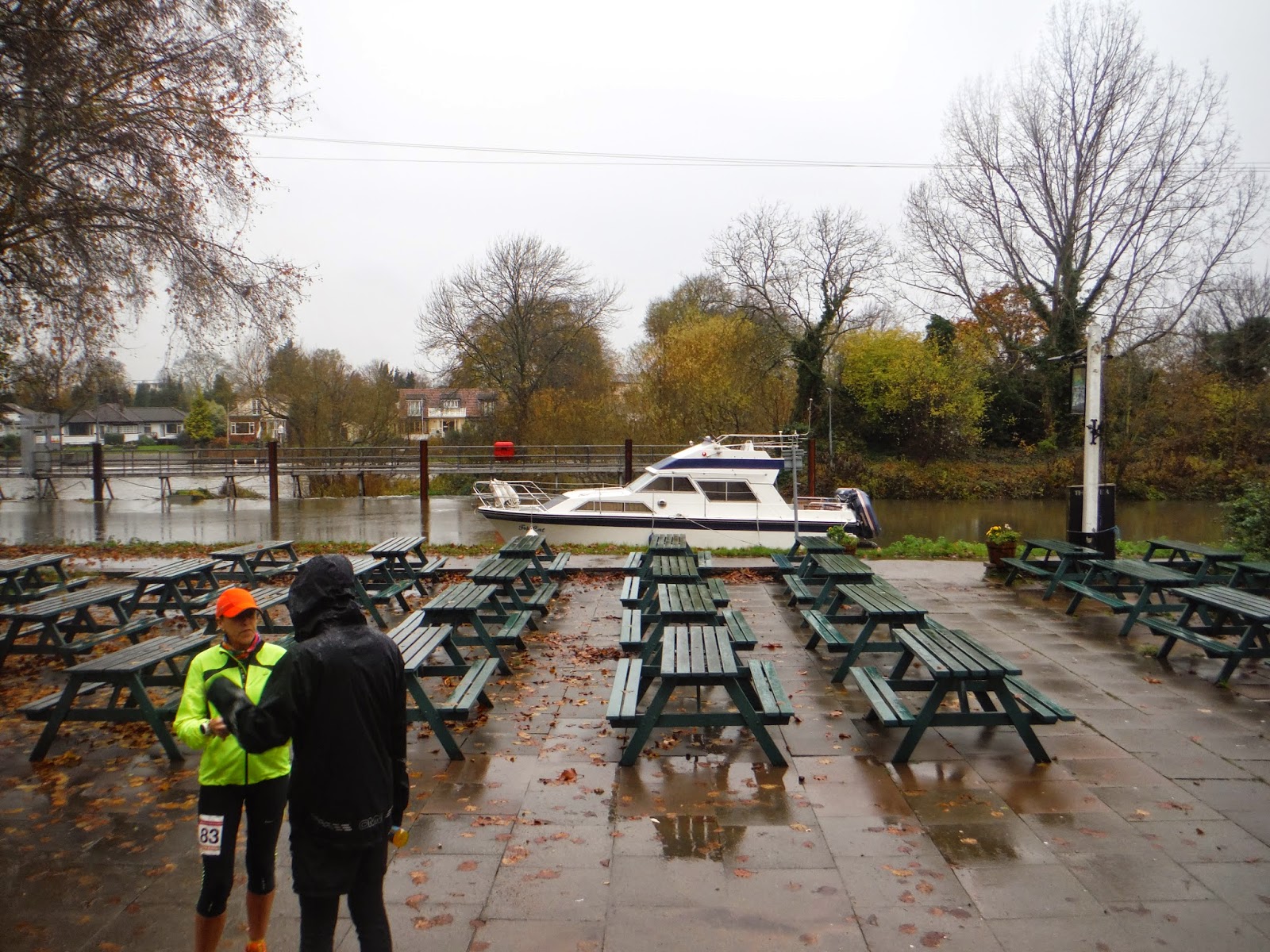 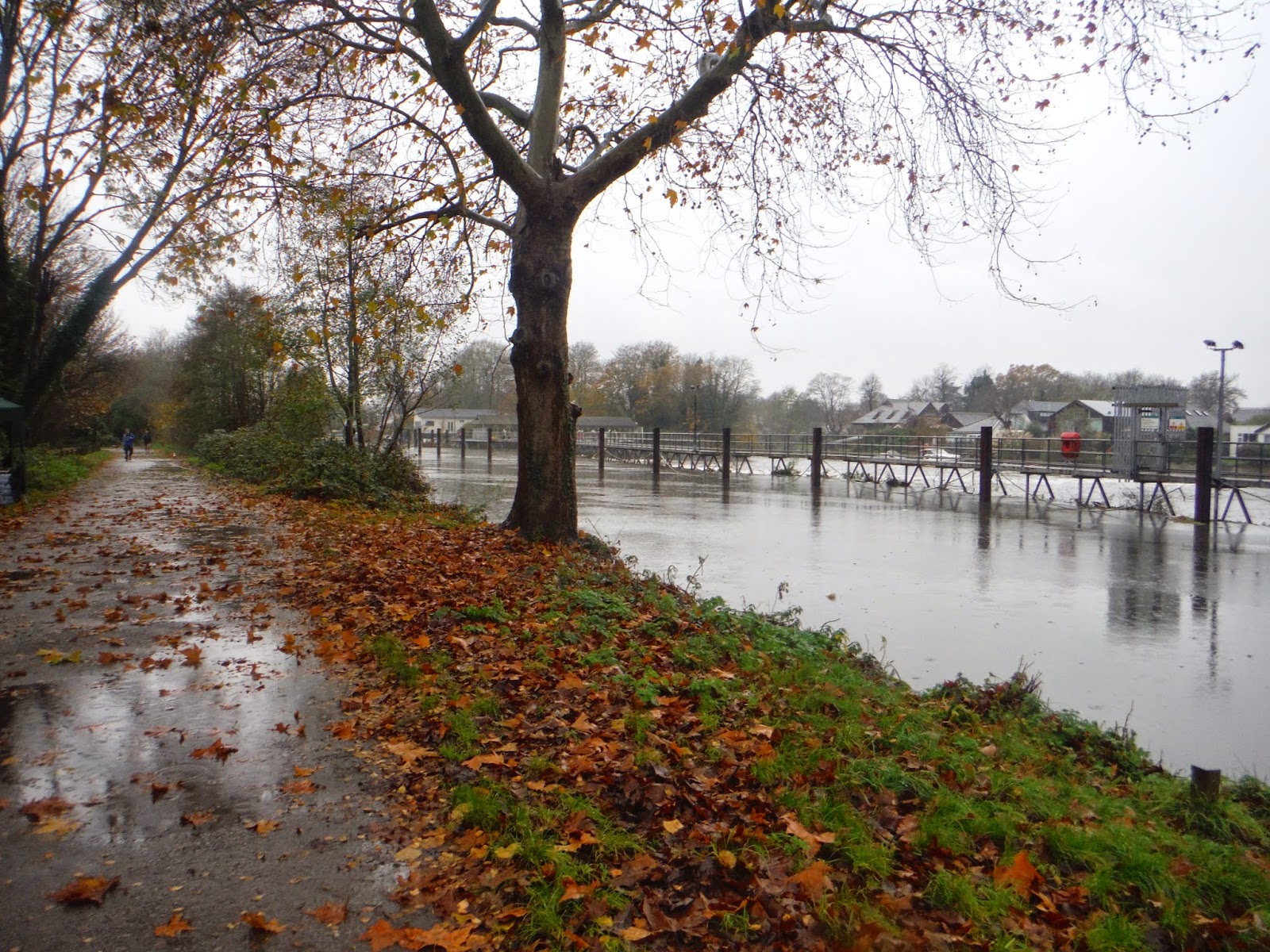 4200ft of climb mostly in the rain

Ireland rightly is thought off as having some of the best golf clubs in the world. Portmarnock, Royal Co Down, Portrush, Old course Ballybunion plus many more rightly take their place in the top 100 in the world. I have done a few trail marathons in Ireland, UK and the US and its trail marathons like Causeway coast and Clare-Burren stand up well with the best. I'll add Tollymore to this list. Coincidentally the route had views over the Royal County Down in places

26 extreme did a fantastic job setting up a tough marathon within the bounds of Tollymore forest park which sits on the foothills of the Mournes. It was perfect in terms of route (2 loops of 13.1 miles) and organisation (very well marshaled and marked) and really challenging because of the long hill climbs. Sections along the fast flowing river were great and the downhills were a joy. The aid stations were frequent and well stocked.

This was the first marathon that I have run in my home county Down and one I will come back too. In total there was 4200ft of climb and the hilliest marathon I have ever done. My goal for today was 5 hrs (being realistic).

The weekend started with a quandary. Lindsay was taking the car
to go off to Mullingar for an Autism conference for research and networking for her new web game to raise the awareness of Autism. This meant I had a choice of train or bus home and rely on lifts or hire a car. I was shocked when on the Budget hire car website the price of a small car was €15 for a day and €16 for 2 including unlimited miles and insurance. So off to the airport I went on Friday and picked up a car for the weekend and a quick hour and half later I was home. I stayed with my sister for the night. The rain just lashed down all night and I didn't get a wink. I was up, breakfasted and off to Tollymore early arriving well on time for 9am.

After picking up my number I hid in the car for 45 minutes as the rain tipped down. Closer to the off time I went to the start line. I just wore a compression top and crusaders vest while most others were kitted out for the north pole. My decision turned out perfect as it was actually very mild despite the rain. I met loads of East Of Antrim guys and Lillian from DBRC who were all huddling at the start. Also there was Eilis Connery (second lady home) and Anthony O'Reilly who
shared my 50th run in England. Around 80 took part in the marathon following 50 that were off in the Ultra (start 8am) and followed later in the day by a half and a 10K (around 500 in total).

We started in pouring rain with the first 3 miles gently meandering deep into the forest until we reached the Shimna river which was in full flow and looked and sounded fantastic. We followed the river upstream until we reached the first small climb. This was runnable first time round and after cresting we soon dropped back to the river again. Then came the first climb. I came across some East Down runners on the hill and was joined by Lillian Deegan whom I finished Dublin with. We stayed together for the next 18 miles chatting and enjoying the run. I think on the first lap I gave the hills too much respect and walked more than I should. They were long and steep but probably
runnable. We crested the first hill and had a lovely 3 mile downhill section that brought us back to the other bank of the Shimna. This led us to the
bottom of the second climb which was tough and very long. This wasnt runnable for me and I hiked up with Lillian. I was very glad to get to the top but we now had a fantastic view of the mountains and eventually Newcastle with the Slieve Donard and The
Royal County Down golf club in the distance. After cresting it was a lovely mostly downhill run back to the river and the finish to lap 1. We came across in 2:14 which I was pretty pleased with as this meant that sub 5 hrs (goal time) was more than doable.

We headed off on the second lap and it was still raining. Naturally
this was a little tougher and a bit more walking but still thoroughly enjoyable. Lillian was feeling strong and pushed on at the second big hill and ran away from 5 of us.  I was fading bad in the last mile and lost 5 places and was delighted to come in still running at 4:48:01.

A fantastic medal awaited me and a lovely burger and cup of
coffee. It was one of the best events ever and Im so glad I have done it.

My Garmin gave up after 4 hrs today and the photos are not great because of water in the lens.

Next up Walton Upon Thames in London next weekend.


Beautiful shot video of the day (above)