After the horror stories that came out of Staplestown the day before because of the heat (particularly Liam Costello) I was worried about today. It was due to be hot and all reports had it as a hilly course which was amazing but unfortunately true, even though it was inside the M25.

We certainly haven't seen warm conditions close to this in about 9 months, and we are not built for it, so today I decided to play safe (particularly after a plea from my daughter) and decided to be sensible. I had in mind a 4:30 and if I was in trouble to slow down a little. This was also my 5th marathon in 5 weeks, my 14th of 2014 and 30th for the last 12 months. I may have been a little tired.

In addition, the day before I had my first big gardening day of 2014 with 4 hedges and 2 lawns done (4 hrs). I can't believe it but I actually slept in and didn't wake till 7:30 and had to rush breakfast. Not a brilliant start to marathon day. Fortunately Richmond is only a 45 minute drive and on a Sunday morning there was no traffic and it was a late start at 9:30am. I was there plenty early, and lathered on the Sun cream. 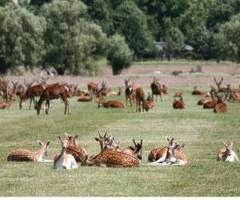 This marathon was brilliantly organised, marshaled and was in a lovely spot. It was wholly held within the grounds of arguably the biggest urban park in Europe (bigger than Phoenix but could be argued its suburban).  It was a trail marathon that over 4 assorted loops went everywhere in the park and it was nice to run through the many herds of wild deer.

About 400 started and we were off on time at 9:30am led out bizarrely 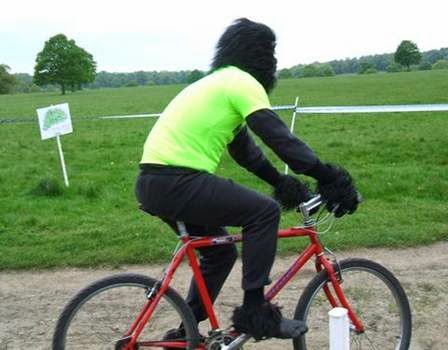 by a Gorilla on a bike. It was already over 70 (22 C) at the start and it just got hotter and hotter with it peaking at 77 (25 C). There was virtually no wind. The first loop was 3.1 miles and mostly on road. Everyone was taking it easy (except a few elites) and there was lots of chatting. The Sunday times had just come out with its rich list that morning which seemed to dominate conversation. This quickly turned to property prices in London. A few 20 somethings beside were saying "we have to get in", "house prices will quadruple in 2 years"....  Sound familiar? So my advise to anyone with property in London is SELL now and then wait, then wait, then wait, then wait some more. You will make a fortune.

The second loop was longer and was 9 miles that took us around the whole perimeter of the park. It was pretty, but tough, with long drags (like Chesterfield avenue) and some steep climbs that most everyone was walking and did I mention it was hot. The aid stations were every 3 miles and had plenty of water and gels and assorted goodies. I have to say I cant fault the organisation and it was great value. It was no Giants Causeway or Achill for views but for a park run it is up there as my favorite.

I came through half way in 2:10 and entered now into 2x7.1 mile loops. These were all on trail and had some tough tough climbs. I have never seen as many people walk in a marathon from about 10 miles out. The heat was taking a big toll today. I stayed mid pack all the way through the race. The trails were open to the public and there were lots of walkers and mountain bikes and a lot of kids learning to ride a bike. You had to have your wits around you but there was plenty of encouragement all around the course.

I struggled particularly in the last 7 mile loop but so was everyone else and I gained around 10 places on this loop despite this. 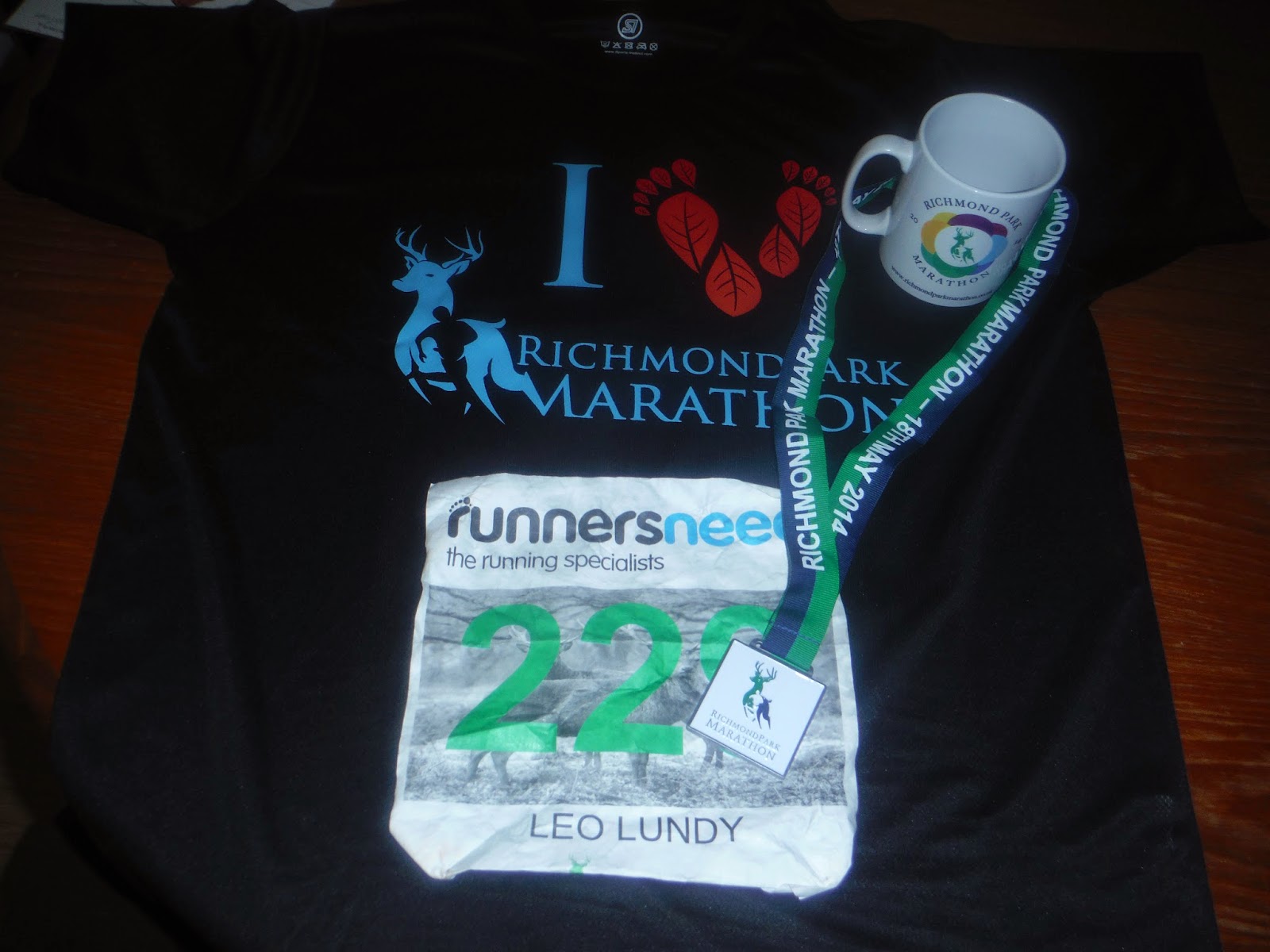 I eventually finished at 4:33 just outside my target time but given the heat
and the hills it was a big effort today. At the end there was a great T-Shirt, a souvenir mug a great goodie bag as well a fantastic medal. I really enjoyed today and would have no hesitation recommending it and will do it again. 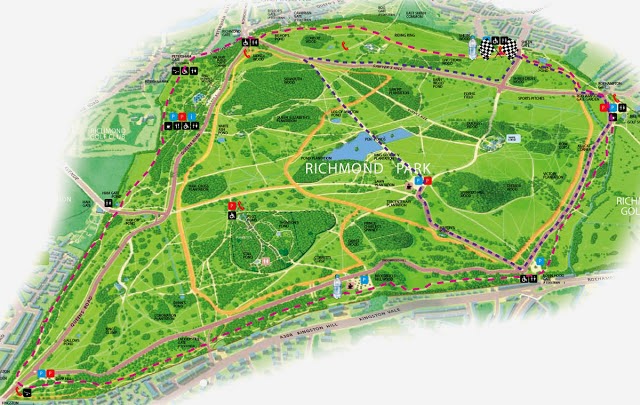