This was in association with the EOI marathon series with all profits going to Temple St hospital.

So I have my letter off to the director of Marathon De Sables. If they want any free Sand Storm training all they need to do is enter a marathon in Clontarf/Dollymount in February. The wind was the story of the day as it was way stronger than yesterday and we had half of the marathon directly into it.

I thought I was in reasonably good shape this morning. That being defined by I could walk forwards down the stairs. I had slept like a log only waking occasionally to hear the wheely bins careering down the street outside. It was going to be windy.

I got up early enough and had a good breakfast and headed off to the start. There wasn't as many today as I was expecting but plenty that had done the Clontarf-Howth run the day before were there. With only 19 minutes in the bag from yesterdays run I had no idea how this was going to go.

We started off on time (together with a small half marathon field) and within 100m I knew this could be a mistake as there was nothing in my legs. It was actually quite surreal as it felt as if it was someone else's legs. The wind was like a hurricane and from behind on the first leg out.

The course was similar to yesterday except we turned around just before Sutton and came back to Clontarf. The half guys did 1 lap the full guys 2.  The first checkpoint for me was the 1/4 way turn around which I did in 1:01 and that was with the wind. I was just plodding. The half marathon was in 2:15 which was spot on my predicted 4:30 but I knew at this stage given the shape I was in, this was not going to happen. It was like two races depending on the wind which truly was unbelievable.

Running on Dollymount strand was a weird experience in that wind, with some people liking it to the closest thing you could get to walking on the moon. I certainly know some top spa's that you would pay top dollar for that kind of sand blasting.

There seemed to be even less of us who turned back out for the second lap and it seems the attrition rate was quite high even amongst some very experienced ultra runners. Maybe they are the smart ones.

We could see the leaders who were way way ahead of us but were also veterans of yesterdays run. It was between the A-list co-race directors Don Hannon of Achill Ultra and Ger Copeland of the EOI series. Don looked to have the better of the battle and it turned out he won today and pipped Ger for the aggregate by a minute or so as well. The ladies race was won by super Ultra runner Ruthann Sheehan from Cork with Gillian Barnhill from Belfast taking the Aggregate. Well done to them all.

Meanwhile at the back of the pack there was a group of Eamon Dargan , Adolfo Garci and myself were changing spots all the way through the last 1/4 of the race. We had got to the 3/4 mark at 3:30 and were all plodding along nicely.  I was ready to walk at any stage if they did, but they didn't and they kept me going.

Eamon even offered to shelter me along the beach into the wind for the second time. But I was wary of this as if the A-List co-race directors had have got word of drafting on the course there could have been disqualification and even worse mandatory drug tests. With the amount of Solpadene, Paracetemol and Advil that I was pumped full of there was no way that I was passing that test. So I passed on his kind offer.

Running along the beach into the wind was incredible. I was running along and knew that Adolfo beside me was walking. After 5 minutes I noticed I had only gained 50m and on occasions the wind was actually blowing me backwards. So I walked for 800m. Eamon had a novel approach of walking/running backwards into the wind. I meant to ask him if it actually worked.

Apart for that 800m that was the only walking that I did for the whole 2 days. I am very proud of that.

I was very concious of my target of 4:30 for each day and was way slower today and this kept me moving forward. I was delighted to come off the wooden bridge with still 18 minutes left but knew I couldn't be complacent with this. I eventually crossed the line in 4:47:31 added to yesterdays 4:11:36 gives a total of 8:59:07   or 4:29:34  aggregate. PHEW!

Now its home and pack again to catch a flight back to Spain at 6:40 in the morning. I am gone now for 10 days odd so I can recover properly on company time. 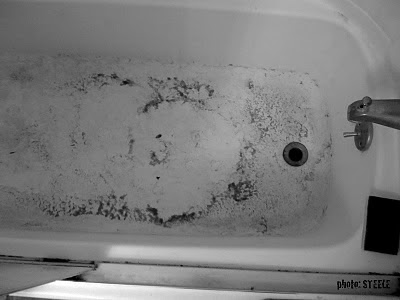 If I was to take some lessons out of today. 1) Don't put jellies in your pocket when your running into the wind across a beach as you will end up with a mouth full of sand. 2) Make sure you clean all the sand out of the bath afterwards. Herself doesn't like that.

Stats for today below