Results:  Fowlmead results    10th out of 33 who stopped at marathon distance.

I decided this week to check out a marathon series that I had heard off in the South East Of England. It was the Saxon Shore series that has an amazing 25 events over the next 12 months. These include Marathons, b2b's, 3in3's, or timed events (6+ hours) and even includes some midweek. They are all run on local parks or coastal routes around the South East.

I chose a single day event that was a 6hr challenge around a 2.67mile loop. You could stop when you want and only need to finish 1 loop to get a distance and a time recorded. 10 loops were officially a marathon and 11 were officially an ultra. Fields are kept small at around 50.

The ethic seems to be all about participation and inclusion with all standards catered for. This particular race also allowed dogs on leads and prams. They don't have chip timing or finish gantries but choose to spend their money in sustaining the routes (£5 of each entry fee is donated back to the venue) they run and HUGE medals and very nice goodie bags.  It is very professionally run.

The whole event was organised by the indomitable Traviss Willcox and his team. Traviss should be well known to many in Ireland because of the Sixmilebridge 10 in 10 and also being a former  Guinness World Record holder for the most marathons run by a male in a year which was 114 in 2011. 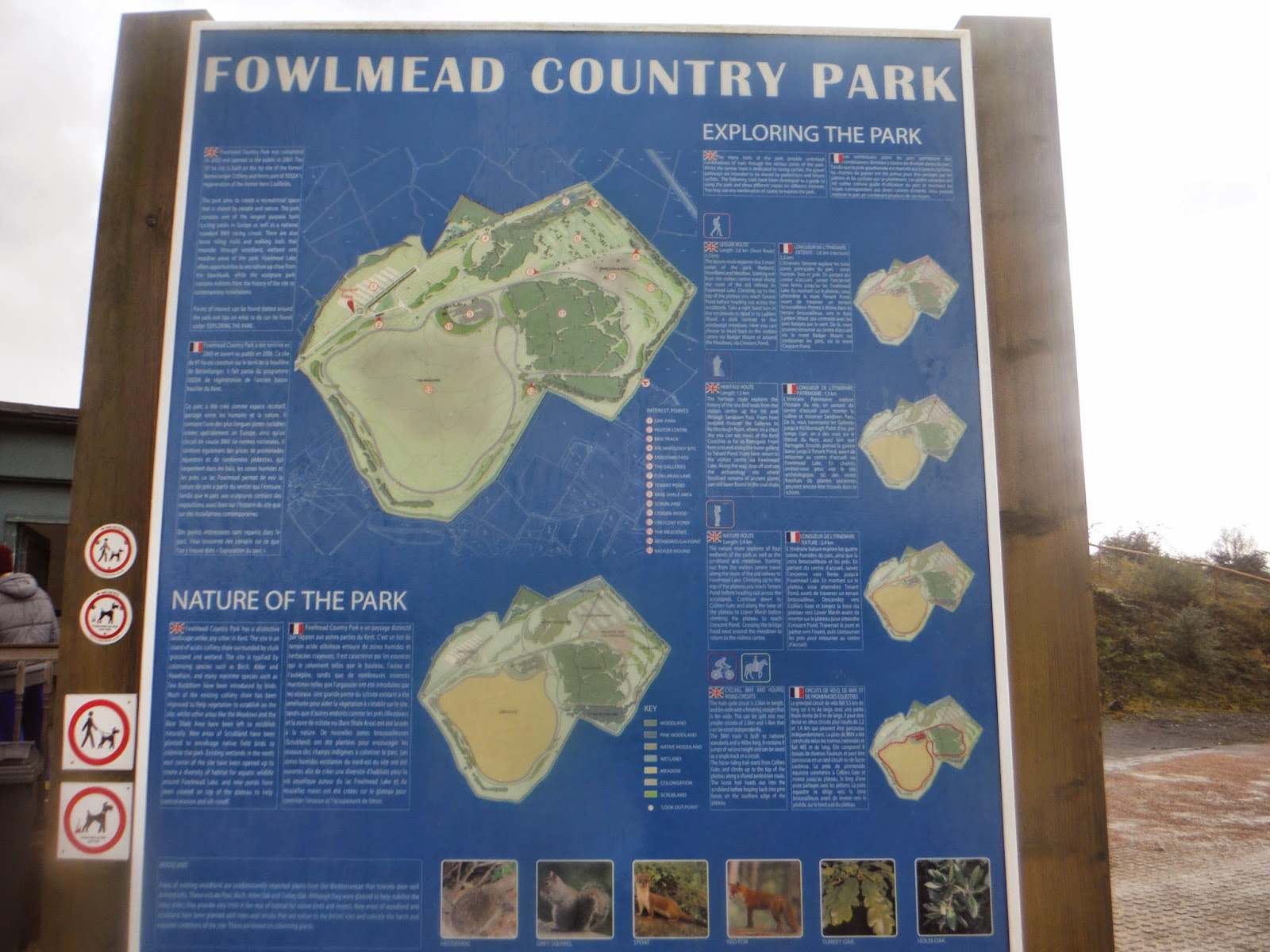 The event was to be held in Fowlmead Park near Deal in Kent. Fowlmead park is a small park that was created out of a spoil tip from one of the local collieries in Betteshanger. It contains wetlands and a pond as well as well appointed gravel paths. It was also surprisngly hilly with two small steepish hills having to be navigated every lap and a long drag upto the finish.

Mr Google told me it was 2hr drive from Basingstoke and it was a 10am start. Sure enough Google was right and I got there 50
minutes before the off. I have to say though the weather on the way down was awful and I had to pull over on the M20 for 10 minutes as the rain made it un-driveable. When we arrived we were told that road shoes should be Ok and there was only some standing water and some mud but not that bad.

After race directions from Traviss and bizarrely Darth Vader we
were off. The conditions were worse than I was expecting and there was a lot of standing water on the course. Then after loop 1 there was a biblical deluge of Craughwellian proportions. It soaked everyone to the skin but more importantly it filled every gully and pothole with water and every depression on the course became a standing puddle. The off gravel bits became very very muddy and slippy.  Even though the weather improved the aftermath of the deluge was with us all day. It also showered regularly after this just topping up the puddles. Naturally this made things slow. I gave up on a good time early and even on the opportunity of doing another Ultra and settled for the marathon distance. Trail shoes would have been a better choice.

We ticked off the loops coming past what was the most well
stocked aid station ever. I was through 5 loops (Just over half marathon) in 2:15 which meant a 4:45 was probably on the cards.  I struggled with the last few loops slowing badly and decided to finish after 10 loops (close on 27 miles) in 4:55. These trail marathons are always slower.

I got my amazing medal at the end from Traviss and got on the road quick to get back to get the dinner. The goodie bag was amazing with lots of chocolate, crisps, sweets and cider. Most of it didnt last the trip back. 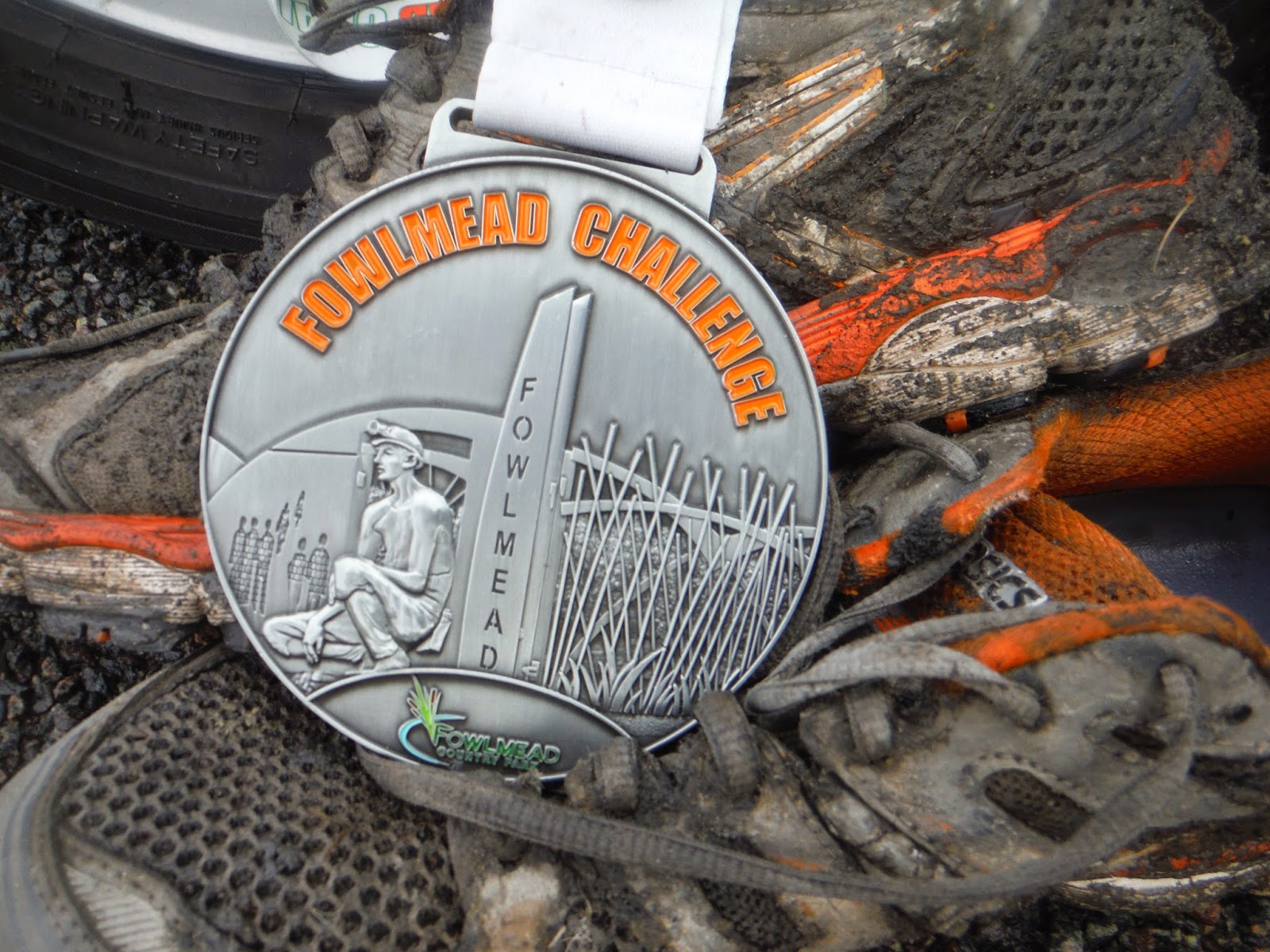 I would strongly recommend this marathon series and it is very commutable from London.