I had no intention of doing this run and it was very opportunistic. I had been in Tokyo all week stuffing myself with Sushi, Sake and Japanese beer and all the entertainment that I deserved. I got to spend a lot of time with the CTO of Softbank Tuseki Son which was an honor, and even shared a technology demonstration and  a chat with Colin Powell of all people, pointing out a few of his mistakes in Iraq to him.  (He hasn't friended me on Facebook yet but I'm hopeful and sadly no photos because of security reasons).

So anyway, I got back to London late on Friday night after a 12 hour flight. Jetlag to say the least, had me bad. Mr Google however told me that if I made it to Queen Elizabeth Park in the South Downs by 7:30 am, it would be in time for the bus for the South Downs Marathon start. I hadn't at this stage realised it was sold out. And so with no sleep, any proper nutrition nor hydration nor my normal marathon gear I headed off. I got there in plenty of time and after 10 full minutes of negotiation including sad tales of travelling a long way and flashing my MCI vest they let me in and I was on the bus to the start.

We quickly arrived at the West Sussex town of Sildon and its national trust managed posh boarding preparatory college for young boys. In Dublin this is known as a boys national school on the South side.  You could see the Isle of Wight off to the south. It was lovely in beautiful grounds and all set up for the marathon, a relay marathon and a half marathon all over the South Downs back to the Hampshire based Queen Elizabeth park just off the A3.

I had the great pleasure of meeting the marathon legend Travis Willcox who is the former world record holder for the number of marathons run in a year (114) and I gave him a few pointers on how to run today.

I decided to wear my Marathon club Ireland vest. I have to say its better than shopping in Tesco with a toddler for getting women of a certain age to approach you. Then of course the film star good looks and the sexy accent took over and I had them eating out of my hand. I may start wearing this vest out in town after today's performance.

It was roasting with 70 degrees + at the start of the race and it was expected to rise to 80 degrees during the race. It was also very humid and the air was dead. I hadn't researched the race but people were talking about hills. It turned out to be close to 3000ft of climb and the second hilliest marathon I have ever done and the heat was oppressive. Thats more than in the Howth Ultra.

The relay got off at 9:00am and the full marathon (with a big field got off at 9:30am). I knew after 1 mile this was going to be a bad day as my legs were dead. This was of course because of a half decent 50K the previous weekend and a week of partying (I mean working hard). The first of many hills came after 2 miles. The surface was really rocky and baked hard. All the hills were not runnable and as well as 3000 ft of them this race was net 200ft up hill (it didn't have much going for it did it).

The views of the downs were spectacular (but nowhere near what
Ireland has to offer and I am so looking forward to Achill) when you eventually got to the top. The race was brilliantly organised with plenty of well needed water stops every few miles and well marshaled. I was only making 5-6 miles progress every hour and that got even slower on one particularly hilly section with one hour only yielding just over 4 miles. I knew quickly a 5 hr run would be good. I wasn't even able to make that.

I was through half way in 2:22 and immediately hit more hills. I would say that half of this marathon was walking, as the hills were just too severe and as you got progressively knackered even the small ones were walked. I did however run the downhills and the flats all the way to the finish. I unusually today suffered on the very steep downhill sections from the insoles in my shoes bunching badly at the toe and had 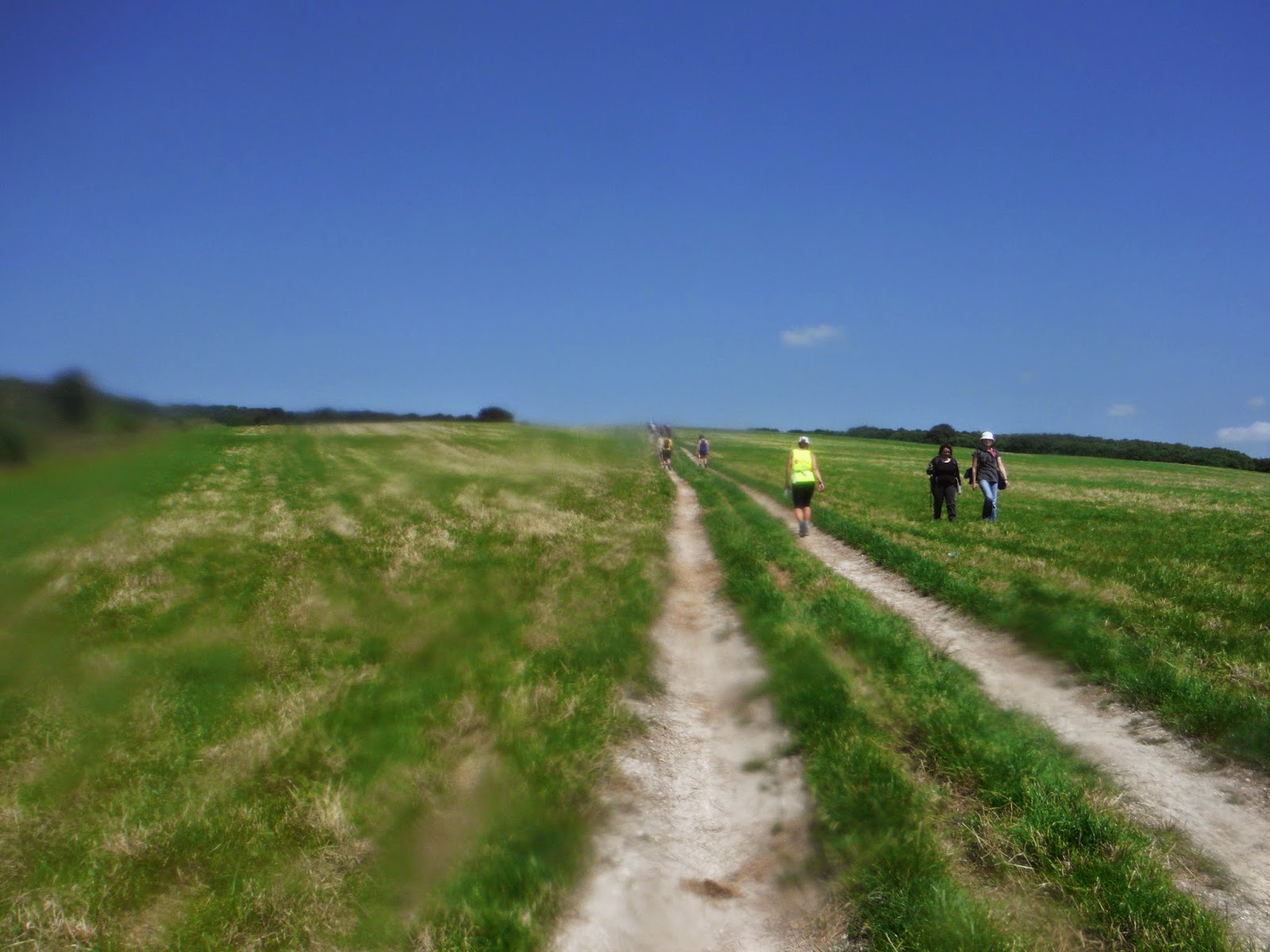 to stop on numerous occasions to fix this. I have to sort that out. I met a MCI former member Joe from Tipperary who lives in England, and he had let his membership lapse. I suspect MCI will be getting a cheque in the post. I was also struck by how many people acknowledging me during the day because of the MCI vest were admitting being Irish but were hiding it well behind well cultured English accents. Very odd.

After 5 hrs of hiking and running I came to the end and was delighted to finish. It has to be one of the toughest marathons in tough tough conditions that I have ever done. I'm not too worried about the time given the conditions, the difficulty and my preparation,  My head just wasn't in it today either. The Jet-lag however is gone and I'm back to normal.

The next stop on my speaking tour is the LTE world Broadband conference in Amsterdam which starts Monday. Hopefully I can get another good fartlek session along the Amsterdam marathon route which I am attempting for the first time in October.