This was a WSR 12 hr event at the same venue as The Invader marathon but was over a 5K loop rather than big loops. 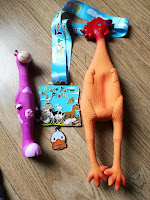 It was a weekend festival of running with marathon the day before and several events on the Sunday (including 12hr) and other various events. I had entered the 12hr with an expectation of stopping over marathon and before 50Kish. 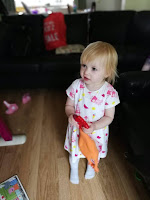 The weather forecast was awful and so it proved to be, absolutely miserable.

I arrived early to resgister and was ready to go from 8:30am. I new a few but not too many at the event. After the usual funny race brief we were off at 9am on the button.


It pretty much immediately started to rain and from reasonable conditions on the first loop it quickly became very slippy and muddy and with road shoes on it became at times near impossible to run and at times dangerous. There were lots of falls on the course.

Heading up from the start we climbed steadily for around 400 m to the corner of the first field. There was a slight extension at this stage for the first lap but from lap 2 on we immediately turned left and went up a near vertical hill for around 200 m. This was steep. Sumitting we entered a long wooded section that steadily became a quagmire during the day and was steadily uphill. For me it was generally slippy and un-runnable. 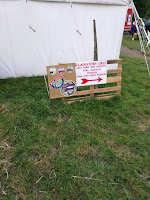 Exiting the forest we skirted a cut Wheat field and climbed over a large straw bale (or went around it over a barbed wire fence). We then hit the low part of the course through another wheat field before turning left and climbing steadily for about 600 m up hill to a lane way. Turning into the lane-way which was stony and very puddly and muddy we descended jumping from side to side for around 800 m. A steady 400 climb on very a muddy corn field brought us to the love station.

This was the most exposed part of the course and as the wind increased throughout the day it was tough going. Quickly we dashed behind a hedge onto another corn field and free wheeled our way down a slippy field at times very muddy to the final stretch back to the farm and the start finish line.

My first lap (longer) was 54 minutes and settled into 45-1 hr laps from then on. We were often lapped by the relay guys. It was a slow hard slog and I came through half marathon in 3hrs 20 and finally came through marathon in 7 hrs. A big effort on the last lap brought 30 miles in roughly 7 hrs 50 mins and I was done in. 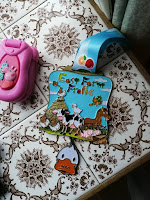 I was glad to finish and get into the finishing tent for some nice bling and an interesting local goody bag including piddle WSR beer and some cookies as a well as a squeaky chicken.

It was a hard day.