The forecast was for rain all day as well as cold and windy. At the start no one knew what to wear and there was everything from full polar expedition gear through to GAA kit and even a sports bra and hot-pants. I went for a middle of the road long sleeve top. Good decision.

Given the nature of this challenge I had in my mind a 4:30 being a good run.

There were loads of familiar faces at the start line but as DBRC had decided to invade the UK this weekend they were conspicuous by their absence. The Cave rescue were on hand in case anyone got into a very dark place on the run.

And we were off. About 700 headed off from Ballyvaughan at 9am on a 6 mile, half marathon and full marathon challenge (170). Most were in the half.
The region had been hit hard with flash floods during the week and large sections of tarmac had been washed away. Clare County Council tried hard to put in place a temporary fix, but it was tough underfoot even on the road sections at times. Never mind the Burren.

The first couple of miles were gentle on the road and just before 2 miles the 6 mile race peeled off and the rest headed into the Burren. 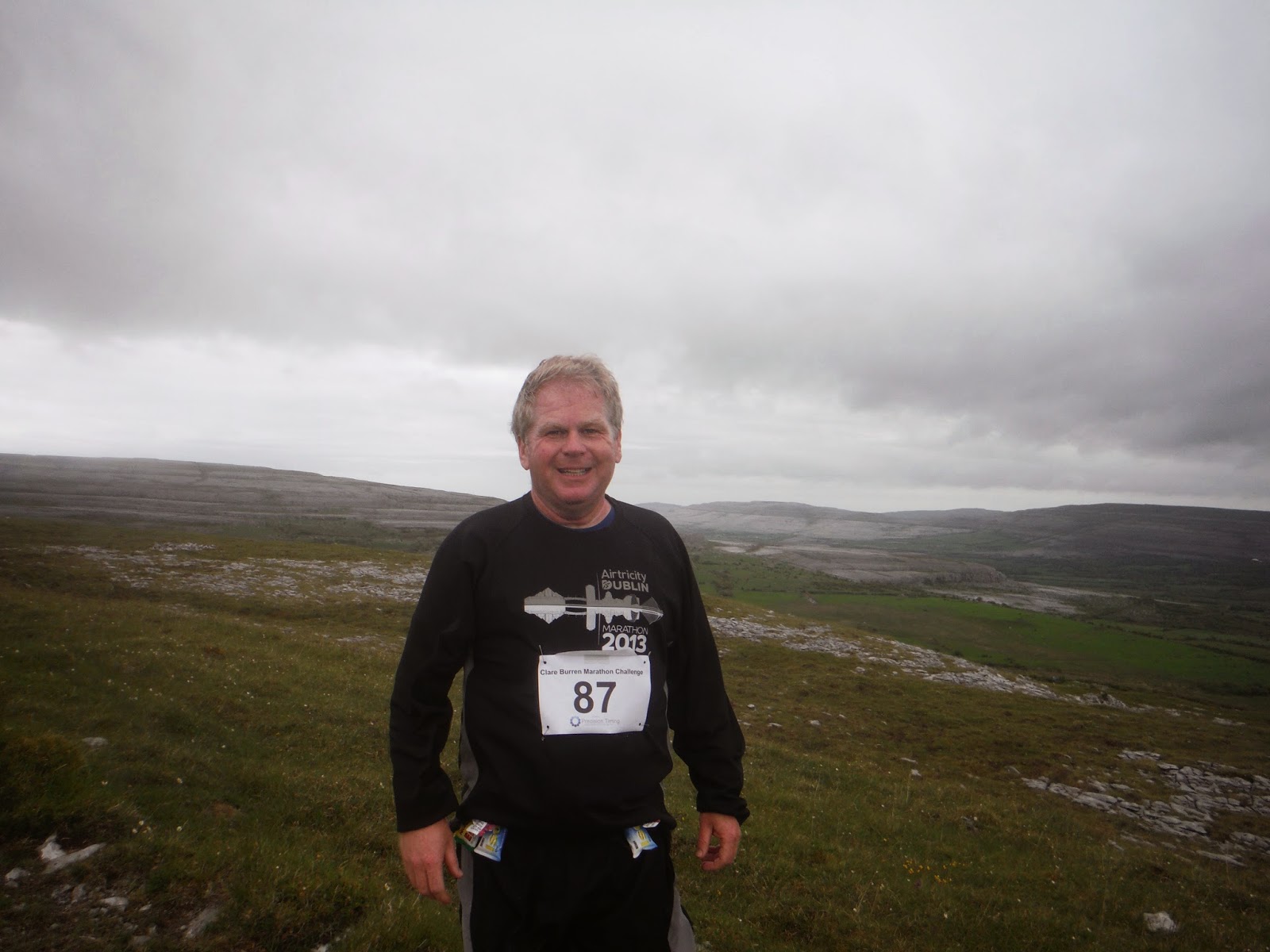 Up and up and up. The first big hill was runnable and spread the field out quickly. It was not unsurprisingly very stony underfoot and as we got up to 200M + above sea level, the views back over the Burren and Galway bay were just spectacular. I was surprised at the pace everyone was running up the hill. 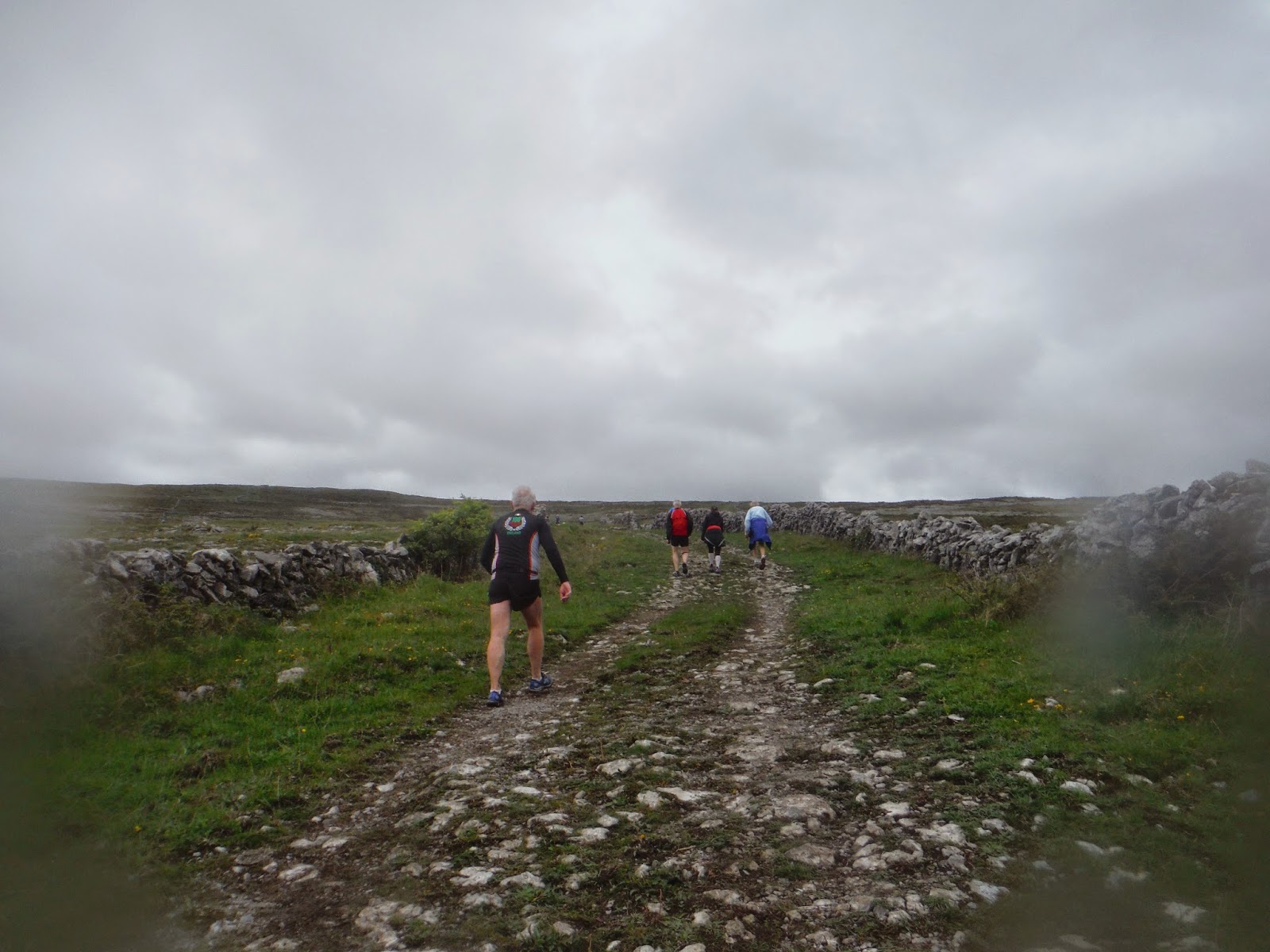 the hill. Phew! This brought us onto an unlikely high bog that has long since seen turf cutting. This was better than it sounds for running but had a steady head wind. After about 7 miles we hit the road again and started to descend. In front of me was Jimmy Nugent who is a bell weather for me. If I can see him I am usually running well. 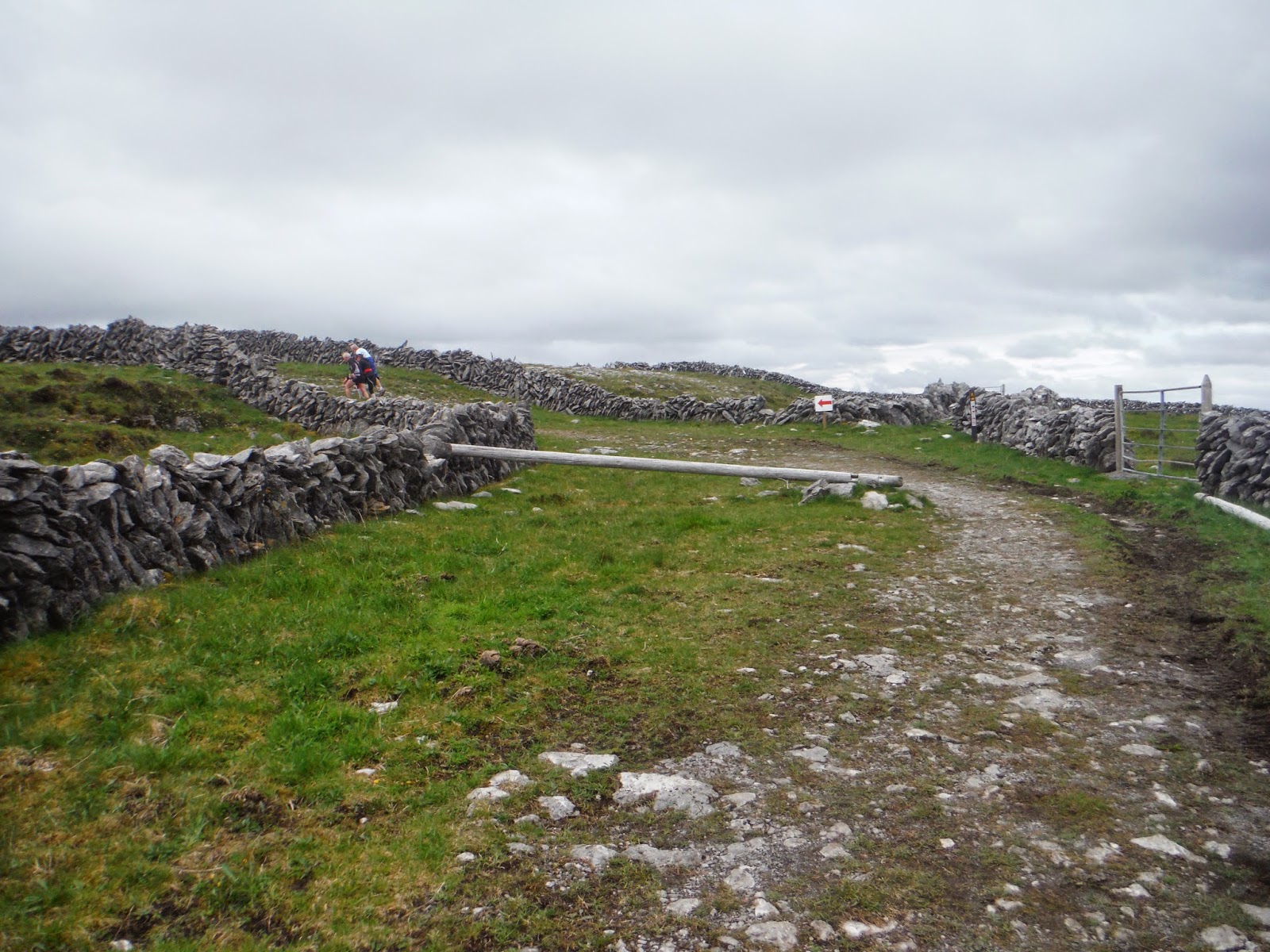 After around 3 miles of steady decent still into a strong headwind, we hit the Burren again. This time steep, steep steep and up up up, and totally unrunnable for me. We eventually rose to over 250 M. It was very rough underfoot but the views were just spectacular.

Just in front Jimmy and Larry had done the classic  pincer movement on an unsuspecting Canadian marathon tourist (Bord failte take note). By the time we reached half way she was familiar with the price of a pint and meal for 6 in Poland, had the insiders guide to Irish defence strategy, how much a suckling calf was in the mart in Tullamore, had joined the Shane Lowey fan club and bought 2 MCI buffs and a running top. I left them at this stage giggling to myself. 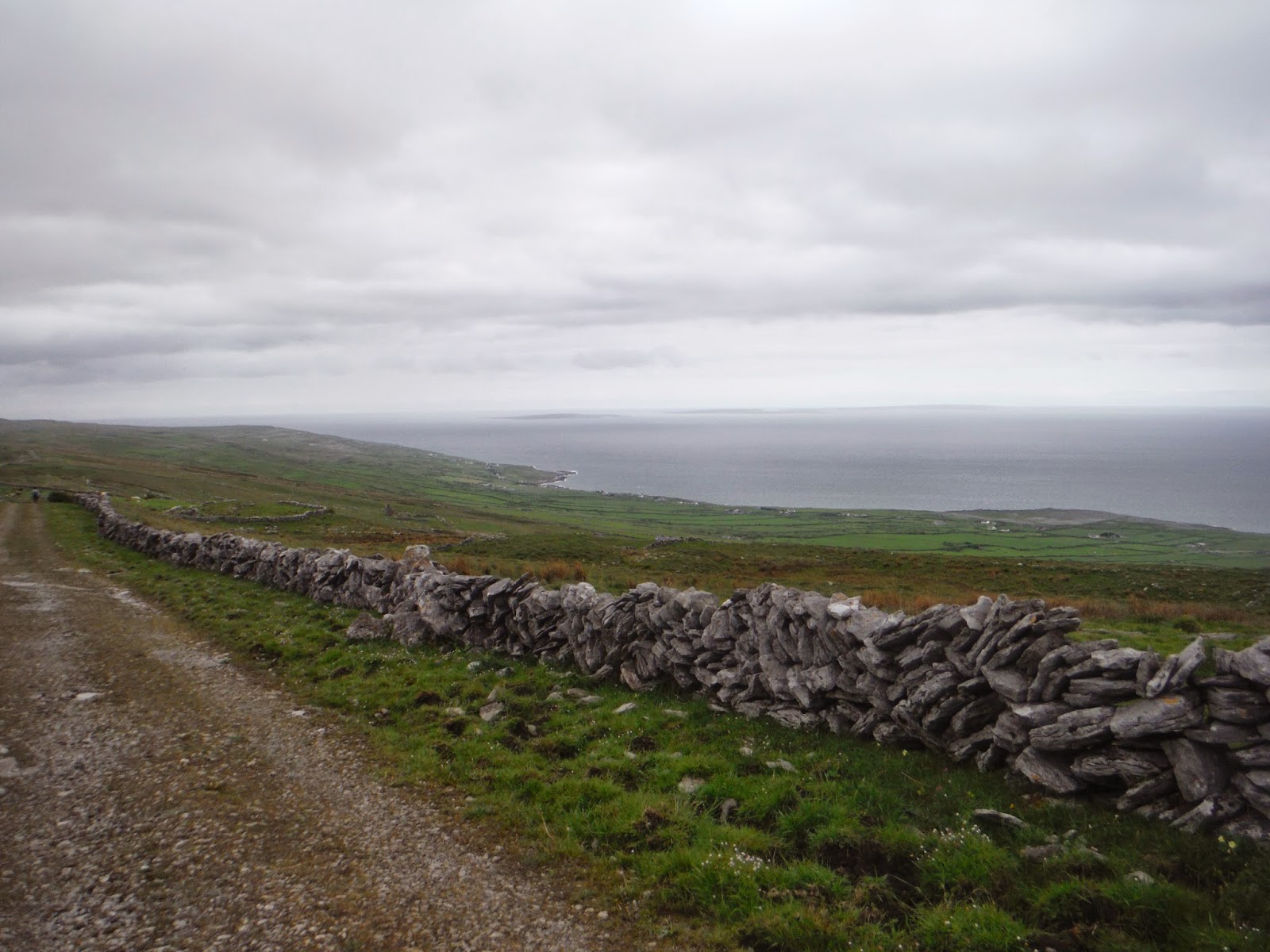 I came through half way at 2:15 and felt I had run well to this point. 4:30 was impossible now. Immediately we descended. This time for 2.5 miles mostly on road. It was quad crushing stuff. This brought us right down to the coast and a very rough section just off the beach that was real ankle twisting stuff. This again seemed into the wind. We thankfully came back onto the road and had a couple of road miles but still into the wind. 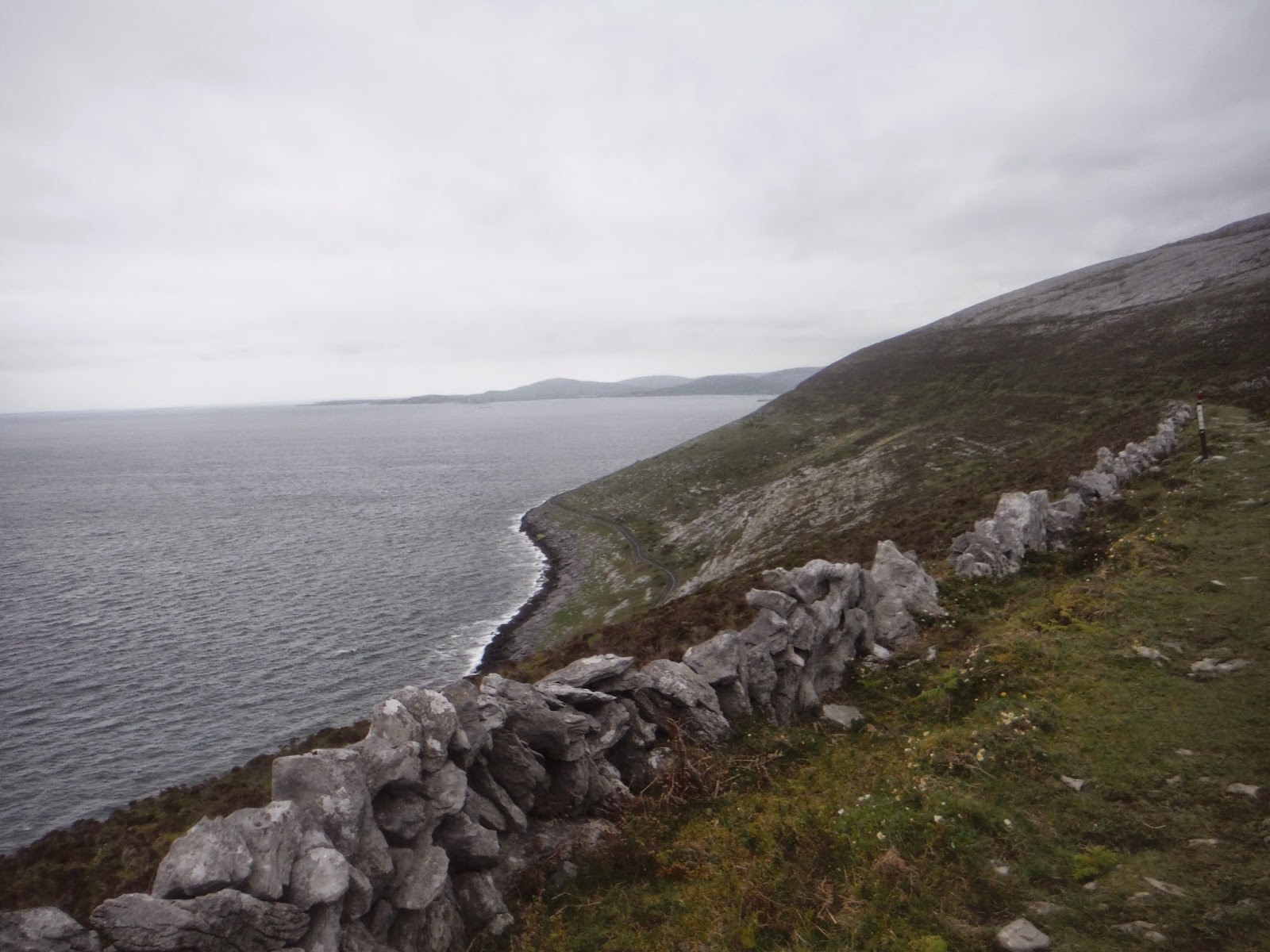 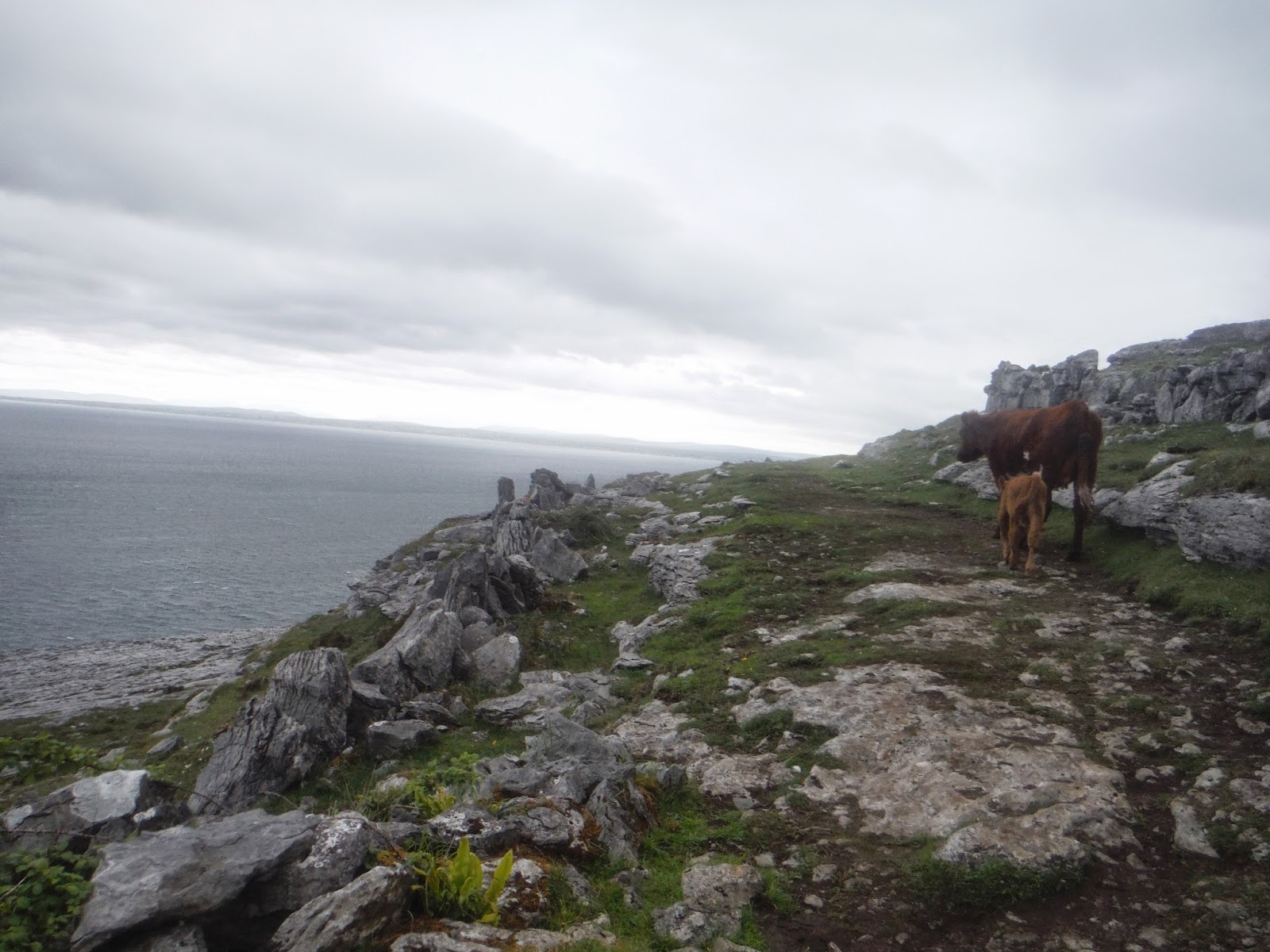 We were soon going up again into the Burren. Steep again, and was soon several hundred meters above the sea. Again the views were jaw dropping and the trail was tough and muddy at times. Every time we turned a corner there was just another spectacular view.  For several miles we picked our way along a high ridge dodging suckling cattle and a herd of white horses before descending quickly back to the coast at 22 miles. Dave Brady and Adolfo flew past at this time but Adolfo had shot his bolt and 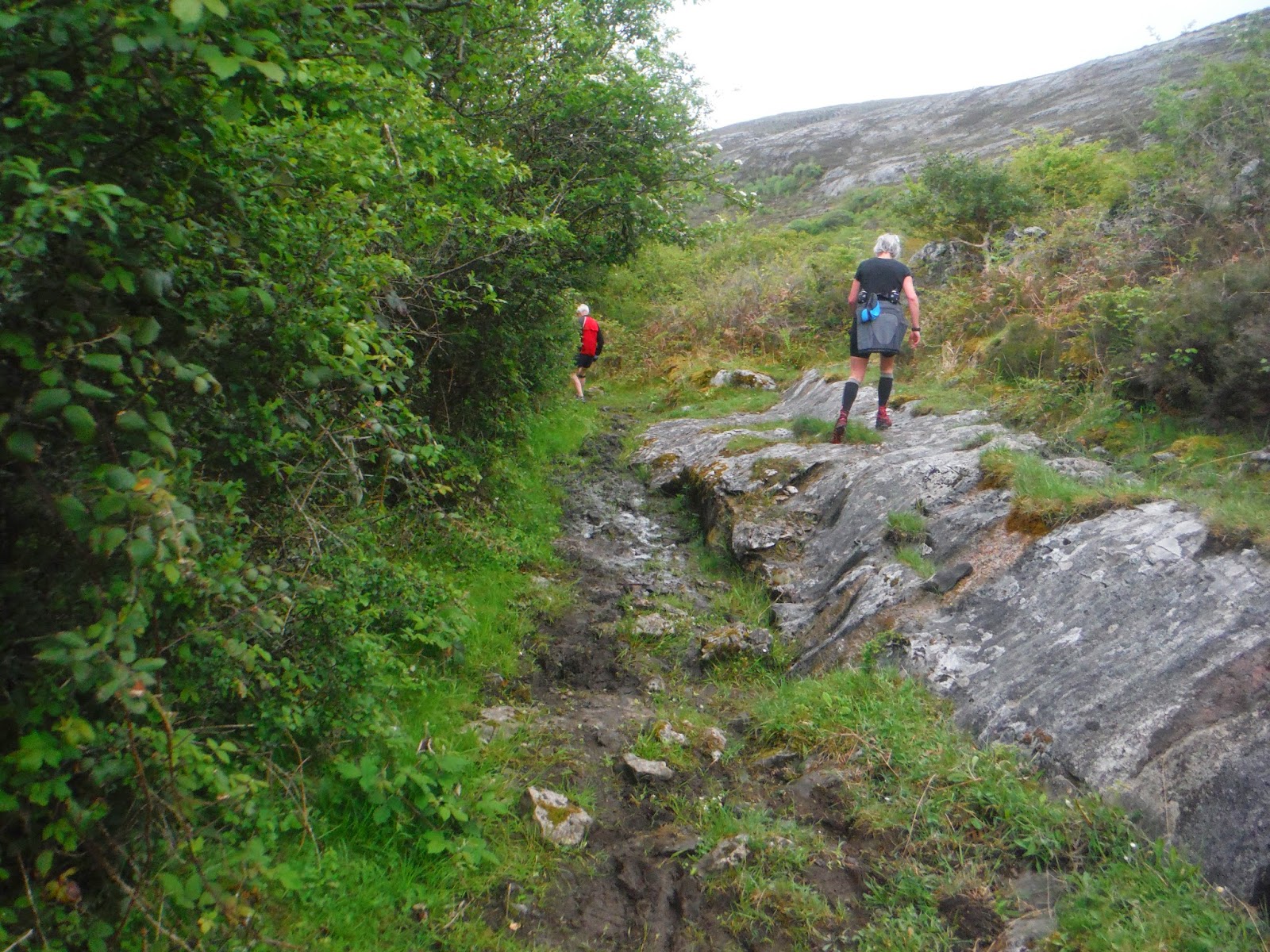 quickly fell back.  It was at this stage for the first time the rain started falling and was with us to the end.

I was still feeling OK at this stage and came in over the last few miles on the a road section quite strong taking quite a few places in the process.

I finished in 4:37 with everyone seemed at least half an hour down on usual times.

I really really really enjoyed the course and have it pencilled in already for next year. It was one of my favourite events so far and was brilliantly organised and marshalled with a perfect amount of well stocked aid stations. At the end we had a wonderful medal, T-Shirt, feed, massage and free soup and sandwiches in the local pub. Brilliant