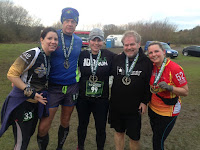 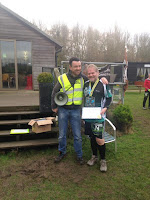 This was a new course and I would arguably say a new county but those who know say it was Essex and not Hertfordshire.

It was about 1hr 30 away and I picked up Brenda on the way. Near Luton airport we arrived about an hour early at the Woosh Canoe club allegedly in Essex. A quick registration and we hid in the car until close to off.

At the race briefing I got presented with my 10-in-10 Global marathon Challenges Medal which was nice. At the rather late time of 9:30am we were off. The challenge today was to run as many 3.28 Mile loops along the banks of the river Stort as you could in 6 hours. 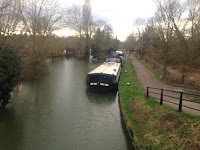 The first 3/4 mile was along the bank on good trails. It was flat and the path wound close to  the river. In the early stages it was quite congested with no more that 2 a breast but after we reached the end of the path the field was pretty spread out. Climbing slightly from the path we crossed over the river by a bridge and passed in front of the Beefeater and Premier Inn. Tunning right onto the other river back we climbed slightly on a grassy path before hitting quite significant mud. The muddy path (very muddy at times) wound its way along the riverbank for about 1.5 miles (passing the start finish line opposite). Another steepish bridge brougt us back to the dry bank. Turning right onto the path we found our way back to the start finish area and picked up a hair band to count a lap. 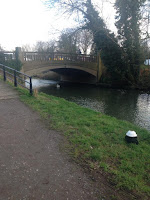 It was 8 laps for a marathon and 9 for a small ultra. I picked off the laps in around 35-40 minutes in an easy paced race. They say never try new things in a race. I made a mistake and used brand new calf guards. Half way through lap 1 I felt I had no blood going to my right calf and it was very painful by the time that I got to the end of the lap. I stopped and removed the calf guard and also my knee brace. Things immediately calmed down and I proceeded.

I ran most of the day on my own today spending a little time with Theresa and Haley near the end. 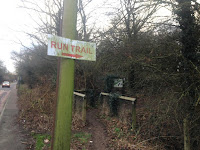 It was a really lovely course that will be a lot faster when the mud subsides. But one of my favourite Phoenix courses.