This was a Saxon Shore event that commemorated the 150th anniversary of the initial publishing of Alice's Adventures in Wonderland.  In keeping with the concept of a Caucus race where everyone runs at their own pace and everyone wins, this was a 6 hour timed event in Samphire Hoe which sits at the base of the white cliffs of Dover between Folkestone and Dover. It was also fancy dress encouraged. 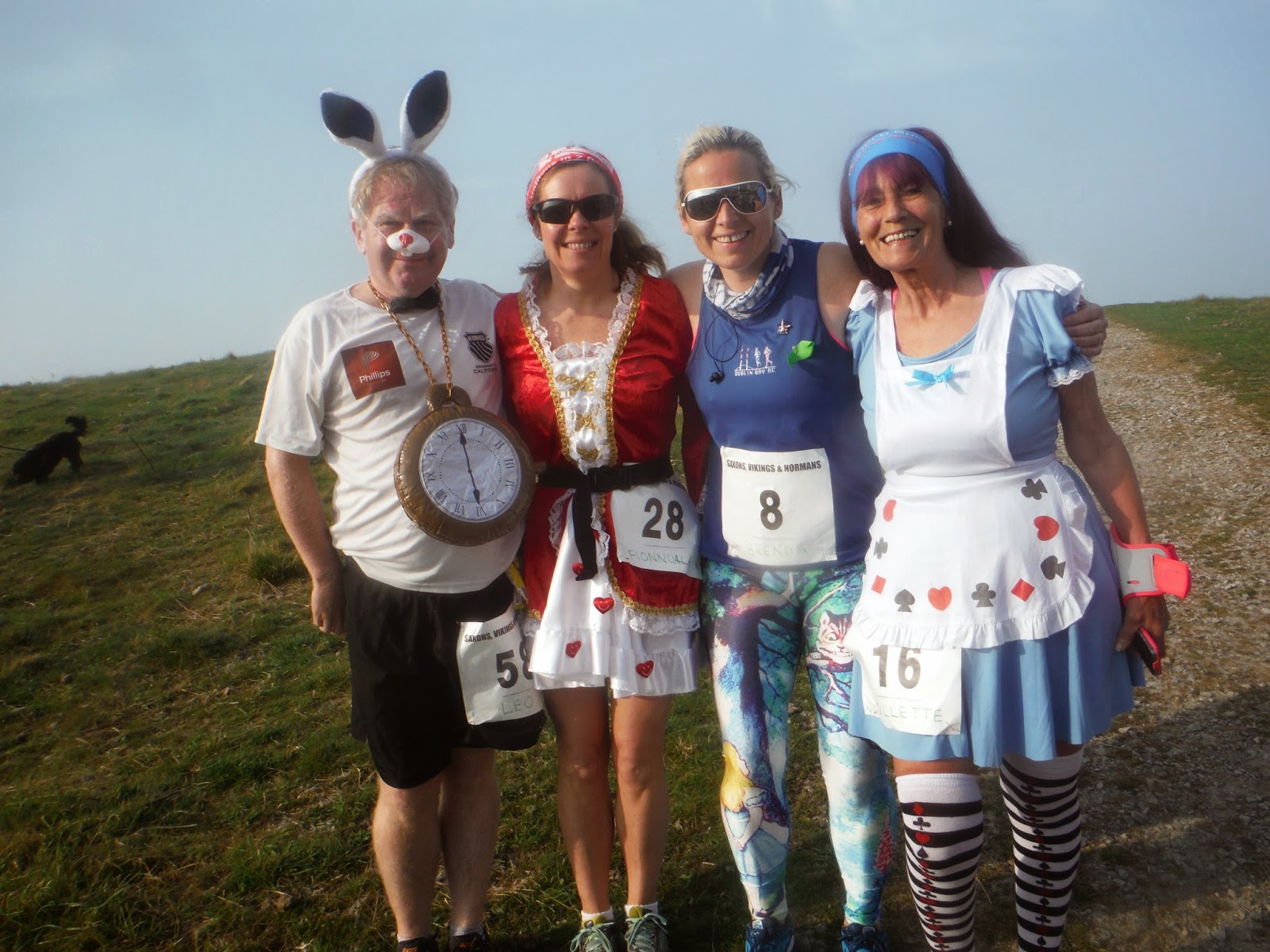 This event actually started about 3 months ago when the medal was published online. I entered immediately and was soon joined by Brenda O'Keefe and Collette O'Hagan and soon after by Finn O'Mara. The event sold out immediately. What a threesome I had for company, one with the most marathons done by an Irish woman ever at well over 300, one the current Irish woman record holder for number of marathons done in a calendar year and one a proven winner at Ultra's globally and a 24hr specialist. Flights were booked and logistics organised. All that had to be acquired were the running outfits. Ebay , dodgy Chinese websites and charity shops were raided and up popped Glamorous Alice, The Queen of Tarts and funky leggings as well as the white rabbit with a big clock. 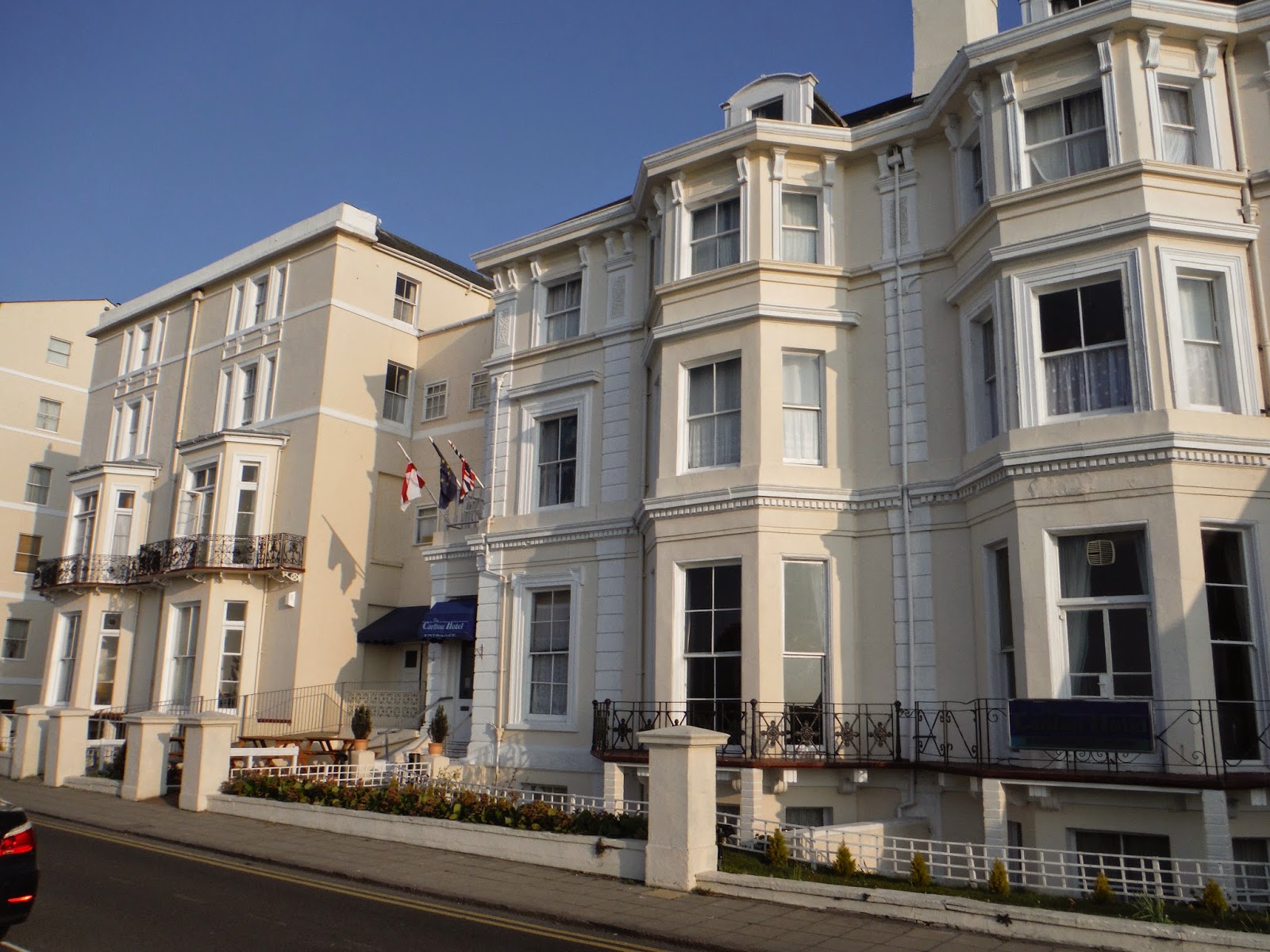 As the weeks went on all of the gear arrived except for the leggings and the day before they still had not arrived and there was talk of compromise and innovation. Then the morning of the trip "hey presto" they arrived from China. They were brilliant but I have to say they had a very questionable positioning of the Cheshire cat that was highlighted quickly by the Queen of Tarts. 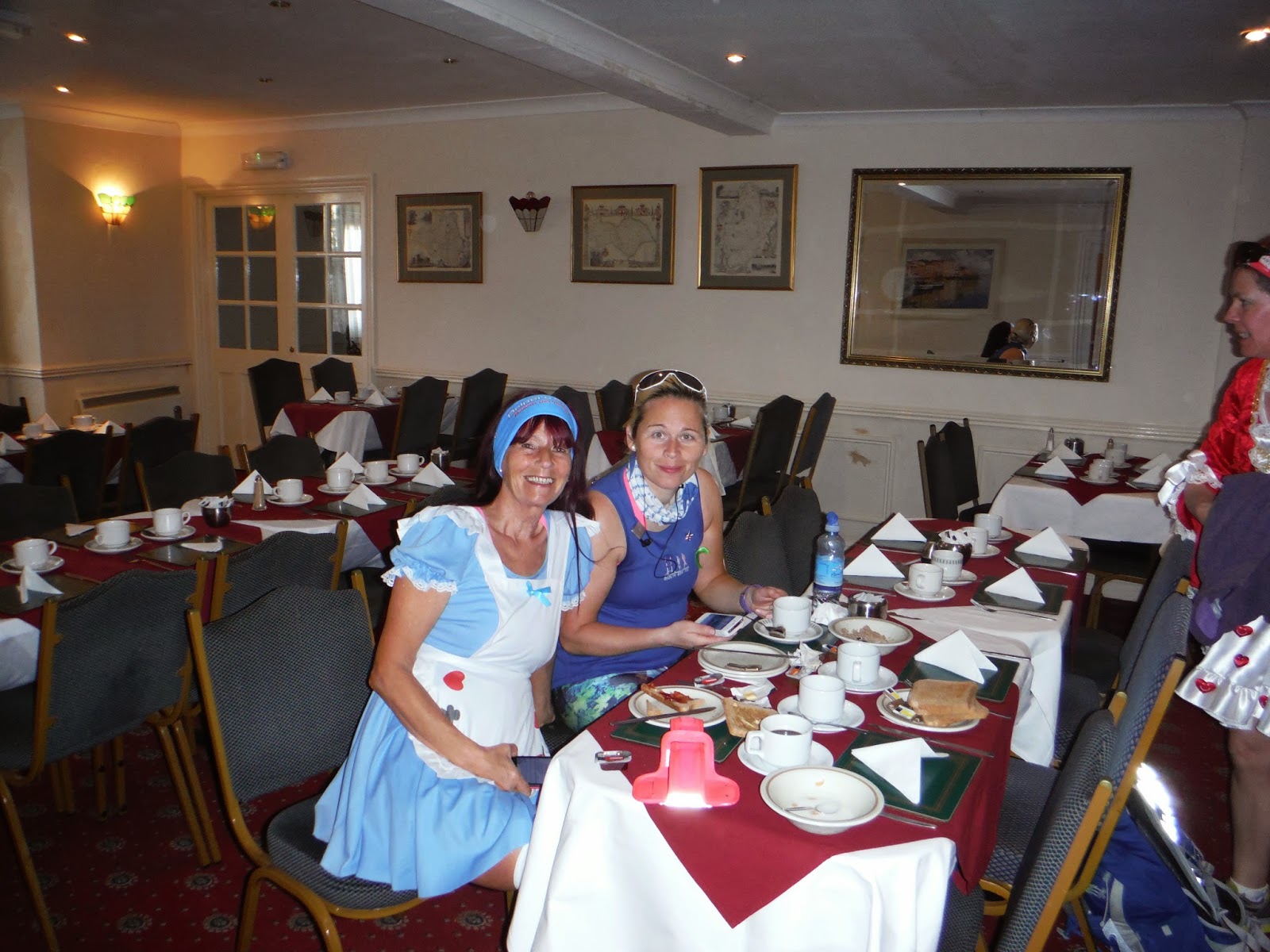 Flights were cheap and on time and transport had been arranged and a budget hotel had been chosen. With a budget of £20 Fawlty Towers was expected.  As it turned out in Folkstone what you got was a period hotel over looking the sea with breakfast for this price. Settled in the hotel, food was needed and as is the case when you visit England Wetherspoons was sought out. I think everyone is still in shock as after handing over 5 English pounds you got in return a full meal, a pint and some change. WOW!

Morning came and breakfast was actually quite good but we were too early for the fry. It was so good in fact we stayed 10 minutes over time and were under pressure getting to the start. It was also a bit surreal having breakfast with Alice, leggings and the Queen of Tarts.

After a few wrong turns, we arrived about 20 minutes before the start. There were about 100 in the race and everyone was in the spirit of the day and most in fancy dress. We had everything from Cats, Rabbits, Alice's, Tweedles, Mad Hatters and even the dogs had costumes. Numbers were donned and a quick race briefing from Traviss and we were off.

The weather was stunning and the location awesome surrounded by the sea and the white cliffs. For the start of the race it was warm and the wind had dropped which caused many problems for those in costume.

The race was on ~4 mile loops, some on trail and some on the sea wall. It was out and back to the "tea party" otherwise known as the aid station which had the normal array of goodies and Alice themed cakes.


The rules were simple. Run as far as you can and finish the lap your on at 5hrs 45 mins. You could stop when you wanted by ringing a big bell. I knew from these events that most people stop after marathon distance and wasn't too worried that I had settled into about 10th place. It was tough going in the heat and costumes and throughout the laps they were being dis-guarded liberally.  I came through 3 laps in under 2 hours and felt if I could keep going I might get 9 laps in. 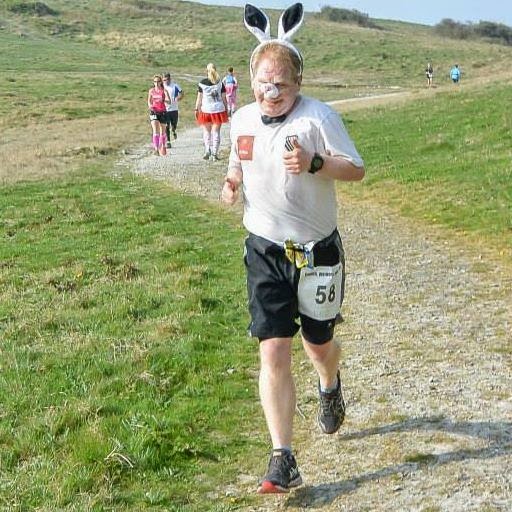 Leggings and Alice mindful that they were also running Longford the next morning were pacing themselves and the Queen was in hot pursuit of me. A 4:10 marathon was followed by 5:10 50K as the laps ticked off. The weather rather than getting hotter actually cooled with a sea mist and the wind got up leaving the back portion of the run increasingly difficult. I managed to run the whole way including some tasty little hills.

As I expected most of the field had only a marathon in mind with some registered for back to back the next day in Deal and even London on Sunday. A small number of us went over marathon distance with one guy turning in a stunning performance of 10 laps.

My 9 laps in 5:55 was good enough for third place with the Queen of tarts coming first lady and fourth overall.

At the end there was much jubilation and photos and admiration for the "Huge" brilliant medal and Goodie bag and it was off to leave Alice, leggings and the Queen back to the airport for the next
leg of their adventure.

I have to say I havn't had as much fun on a run in a long long time. It was a great day.

Polar stats for the day click here
Posted by Leo Lundy at 19:55